After many years, I finally decided to place a 10 GHz LNB (thanks Jos, PA3ACJ) on a 30cm parabolic reflector and put it out of my roof window.

Because it’s not so easy to use an offset antenna for receiving ATV, it’s better to mount the parabolic reflector horizontal! Don’t forget to change the polarity in your Rx to Vertical…. Because this set-up was working well, I decided to replace my Satellite TV disk by the 10 GHz ATV horizontal mounted disk and pointed it to the PI6ATV repeater. And YES I received the ATV repeater with a B5 signal, in analog as digital mode. See pictures below. These pictures are taken before the great move in the tower of Ijselstein (2016/2017) Later on I tried to receive the repeater in Zoetermeer and also I received the picture. In 2017 PI6ZTM moved from Zoetermeer to Den Haag but the signal was very weak (B1) so I have to improve my antenna situation and therefore I bought a bigger (60cm) parabolic antenna. On a separate page more about my antenna’s. PI6ATV Digital and analog after the renovation in 2018

On internet I found a small motion detection module (HB100) that was easy to modify to a 3cm transmitter, thanks to PE1RKI and PA1SDB.  The video quality is very good. The lowest possible frequency was 10.243 MHz with the tuning screw removed. Video was made by a Raspberry Pi with the Python program tstptn.py. Modification of the GM-201 LNB (From Pollin.de).

In CQDATV-62 I read an article about modifying a GM-201 LNB. This LNB has a very low noise figure. It was possible to replace the pll x-tal by one with a frequency of 23.512 MHz.
The LO will be then 9170 MHz, perfect to use it in combination with a normal (Analog or Digital) satellite-TV receiver . 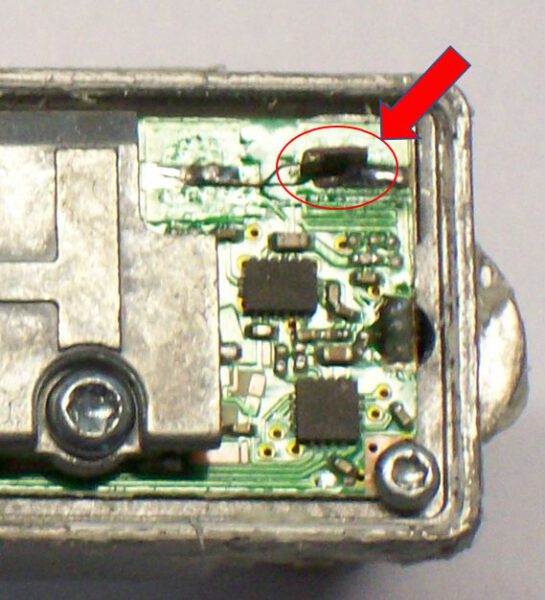 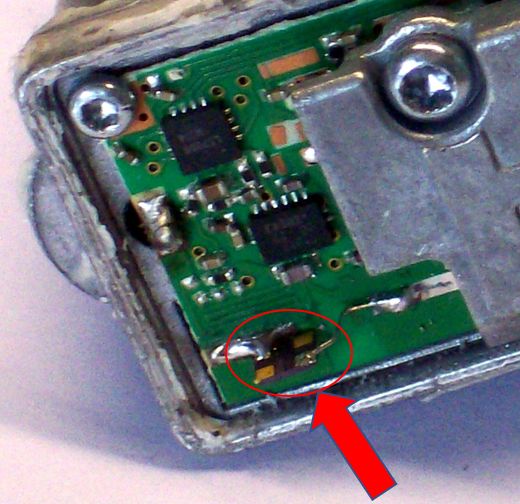 An other interesting thing of this LNB is that in the Vertical mode the LNB is more sensitive than in Horizontal mode.

In Funk Amateur I found an interesting article of….